Are you of legal drinking age?

Please come back when you are of legal drinking age.

We’re sorry, but you are not of legal drinking age and cannot enter this site. You are now being redirected to www.responsibility.org.

The U.S. Bottled-in-Bond Act was landmark legislation that set a high quality standard for bourbon in America. The Act required bourbon to be the product of one distillation season, one distiller and from one distillery, aged at least four years in secured federal warehouses, while bottled at 100 proof. These standards introduced a new era of guaranteed quality within the spirits industry. Early Times Bottled-In-Bond Bourbon is a tribute to that milestone in bourbon history. 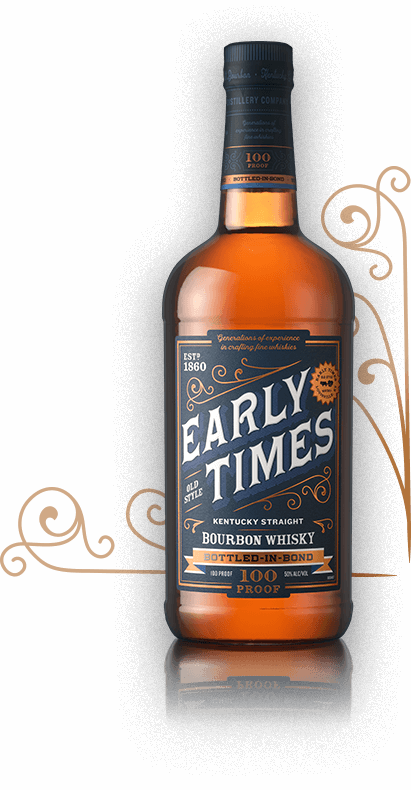 Established in 1860, Early Times is a true American brand. The name itself is a tribute to the way whisky was made in the “Early Times” of the country. As the Twentieth Century arrived and distilling methods evolved to sophisticated operations, Early Times remained true to its roots as an old-style Kentucky bourbon.

During the turbulent 1940s, Early Times proudly introduced Bottled-in-Bond Bourbon to the satisfaction of the heroic, hard-working men and women of that era. And in the decade that followed, Early Times became America’s top-selling bourbon.